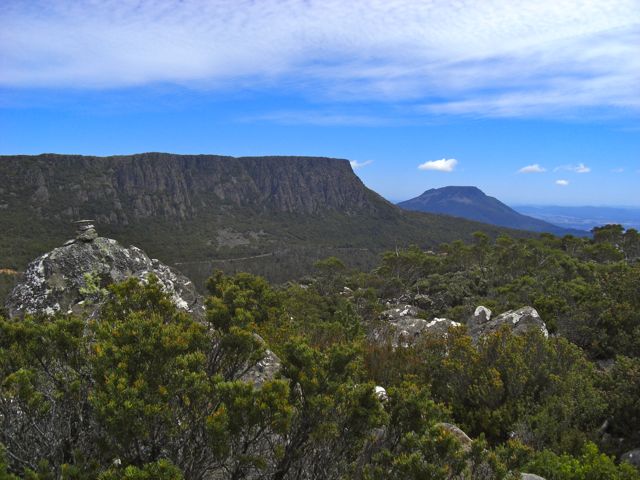 After a nice night at Liffey Falls (no camping, ehm) and a rather longer exploration of the falls than expected, this became the third of four peaks climbed with two friends over two leisurely days. We’d checked it out the day before from Projection Bluff, and identified a path straight up the scree from the highway that would avoid most of the scrub. And it did. There was a tiny bit to start with, and a pleasant myrtle forest to go through, but the majority of the walk was on scree again.

It was a lovely little walk, with the summit being attained almost immediately after popping up on top. There’s some cairns marking the points at which you enter or leave each scree field (there’s small sections of green in between, but nothing to be described as real scrub), and a cute little cairn to mark the high point.

It was another lovely little walk, similar but equally quite different from the two before. It took us a total of 2.5 hours, of which about 40 minutes was spent sitting on top.