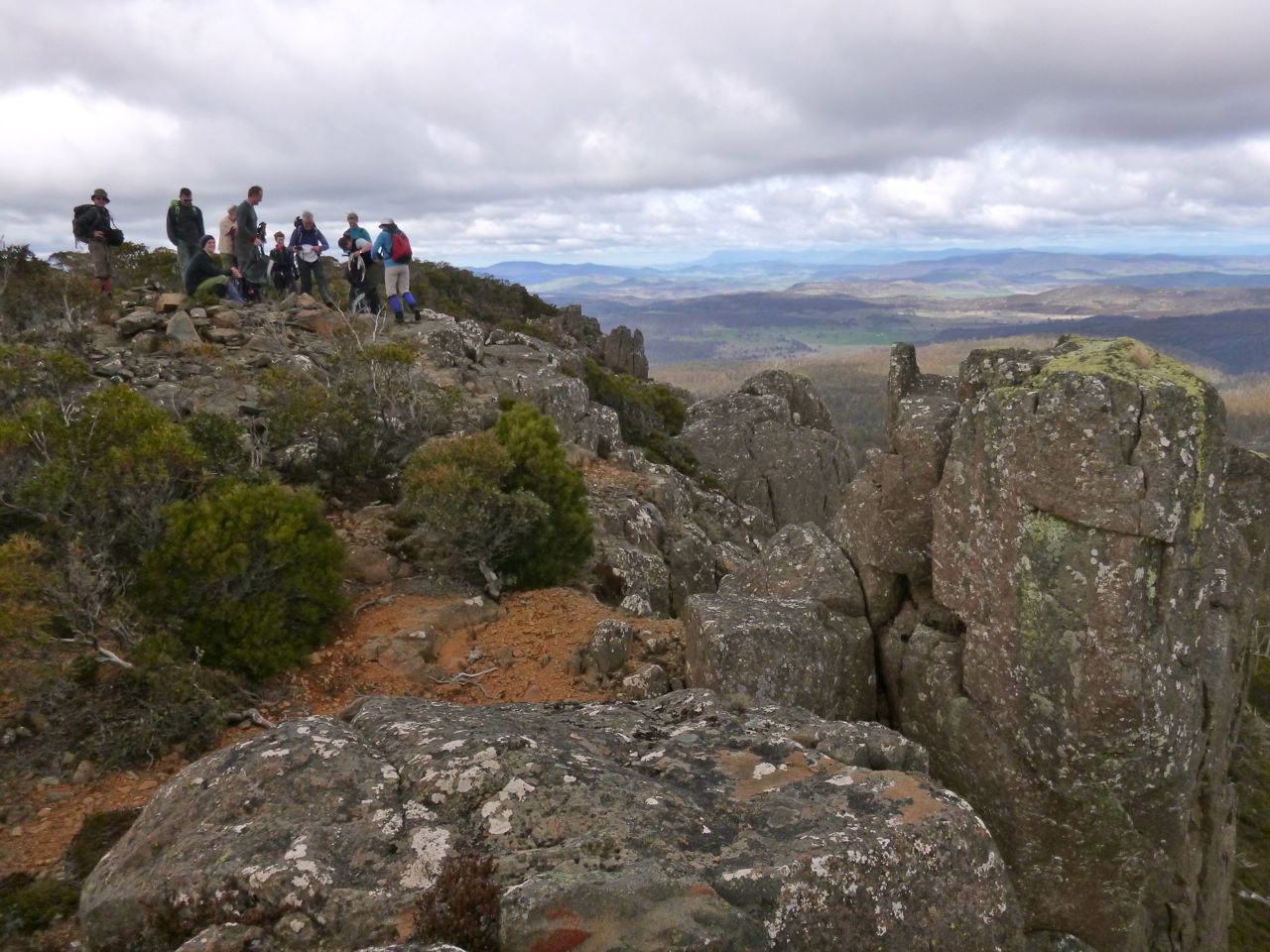 Well I was in luck for this one! Table Mountain was the only mountain in that part of the state that I hadn’t yet explored. I’ve spent the last few months of winter getting in some short winter walks, and many of those walks (up mountains like Woods Quoin, Old Man’s Head, Quoin Mountian, Jilletts Tier etc) were in that area. Naturally Table was high on the list for that fact alone. I had a route, but the long road walk and the fact that there is apparently one land owner who can get a bit upset (as evident in discussions on the bushwalking forum) had me waiting for a chance to go with others. When it became Plan B for a club walk that couldn’t go ahead I jumped at the chance! What’s more, it was being led by a fascinating lady who I quite enjoy talking to and always learn a lot from.

I was even more in luck in that this was the first week I’ve had a full two day weekend for a bit, so I didn’t have to worry about work or catching up to people after they’d started. It was just to be a nice relaxing walk! And so it was.. There was a spot of gate jumping to start with, then a longish road walk which wasn’t so bad because it was covered with deer, wallaby, wombat and Tassie devil tracks. When you round the final bend Table Mountain looks like it’s going to be a bit of a climb, but a fair bit of that’s done on the road, and when you’re actually standing at the start of the true climb it’s really quite short. Steep enough to make you feel like you’re climbing something worth climbing, but still rather short. A short distance to the right once you pop out and you’re on the summit.. Or if you’re like me and you like having fun on rock, you go and explore the crags on the edge :p!

We had plenty of time, and it was really quite pleasant despite the wind, so we wandered along the old road up on top (there used to be a fire tower up there) until such a point as we got a view of the Lake (Crescent I think). I must admit I’m much more of a mountain person, but it was still nice. Sheltering from the wind, we had some lunch, then headed back down. As if to end the day perfectly, as we headed down and out the sun came out and warmed us nicely… gotta love that blissful relaxed feeling you get from the sun’s gentle heat in spring. Felt like a thawing out.. and that’s how the day ended.. plodding along.. off with our individual thoughts, occasionally chatting away, free to move up and down the strung out group to talk with different people, or just to be.. hmmm…